This was an assignment for Sarah Beth Morgan’s class on School of Motion; Illustration for Motion.

The task here was to redesign an illustration to appeal more to a younger audience (13 to 24 year olds) with a more playful, youthful vibe. The illustration would go with a report on putting a limit on binge watching television shows.

The illustration we had to base it off of was of a person in a swimming suit with a floaty looking down into a digital sea, from a diving board that looks like a remote.

I decided to go with phones because younger people tend to spend a lot of time on their phones, which also look almost like tablets, which they could be interpreted as, too.

The image I ended up making used to be the wrong side up to make it feel like it doesn’t belong, but after some discussions with a few fellow illustrators and motion designers, I turned it around to make it more clear. 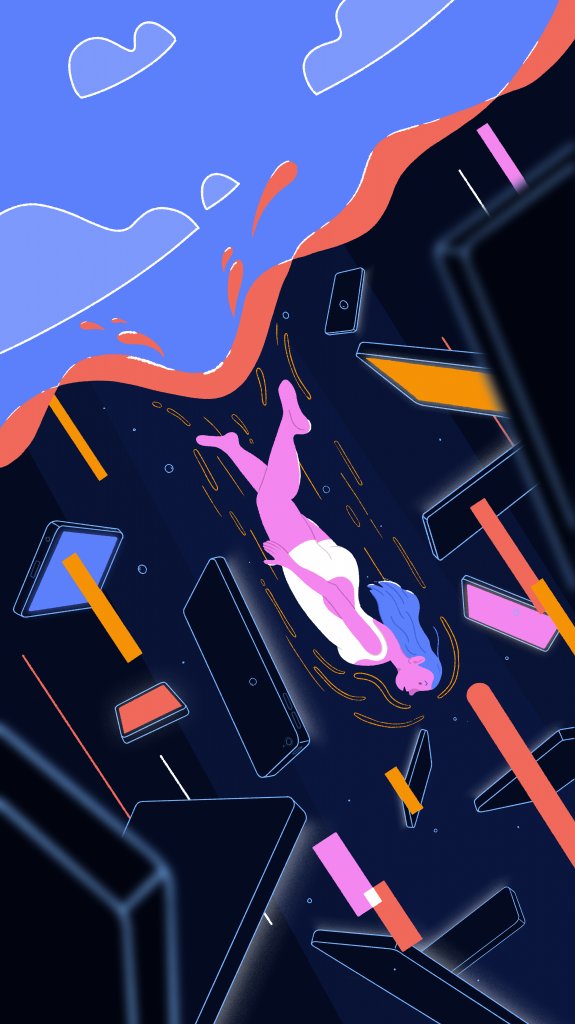